The Revenant is a film about a man in 1823 left for dead, who against all odds, crawls his way to enact revenge on the man who left him to die in a grave deep in the unrelenting wilderness of North America. To capture the essence of the film and the era in which it is placed, we created four pieces of work that depict both the realities of time, and the life of the film’s protagonist, Hugh Glass.

The first piece is an interactive e-book dime novel that accentuates an authentic look and feel of the 1800s with weathered pages and typefaces true to the era. Inside are advertisements for popular items of the time, wilderness survival tips, profiles on wanted men and much more. 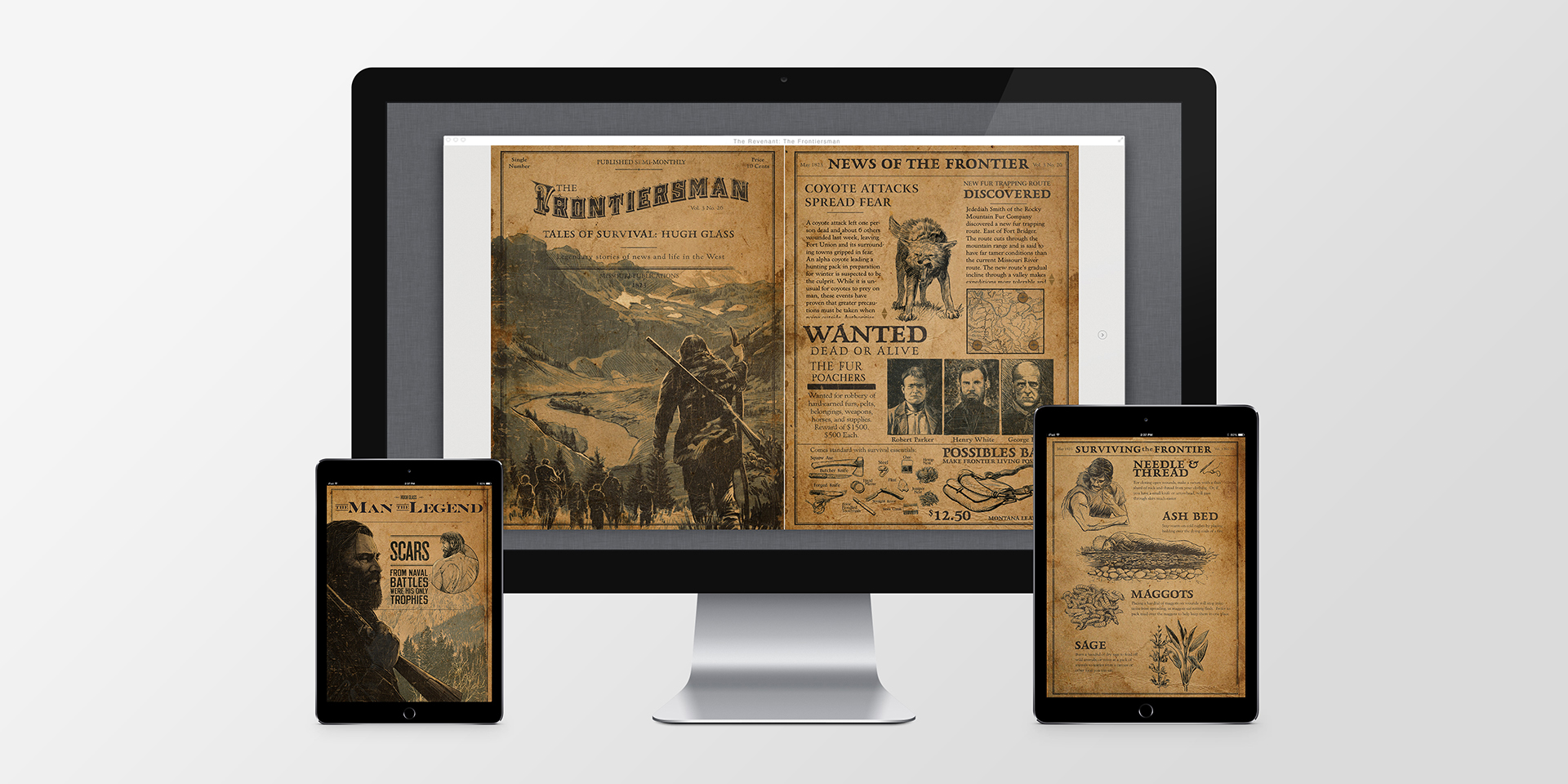 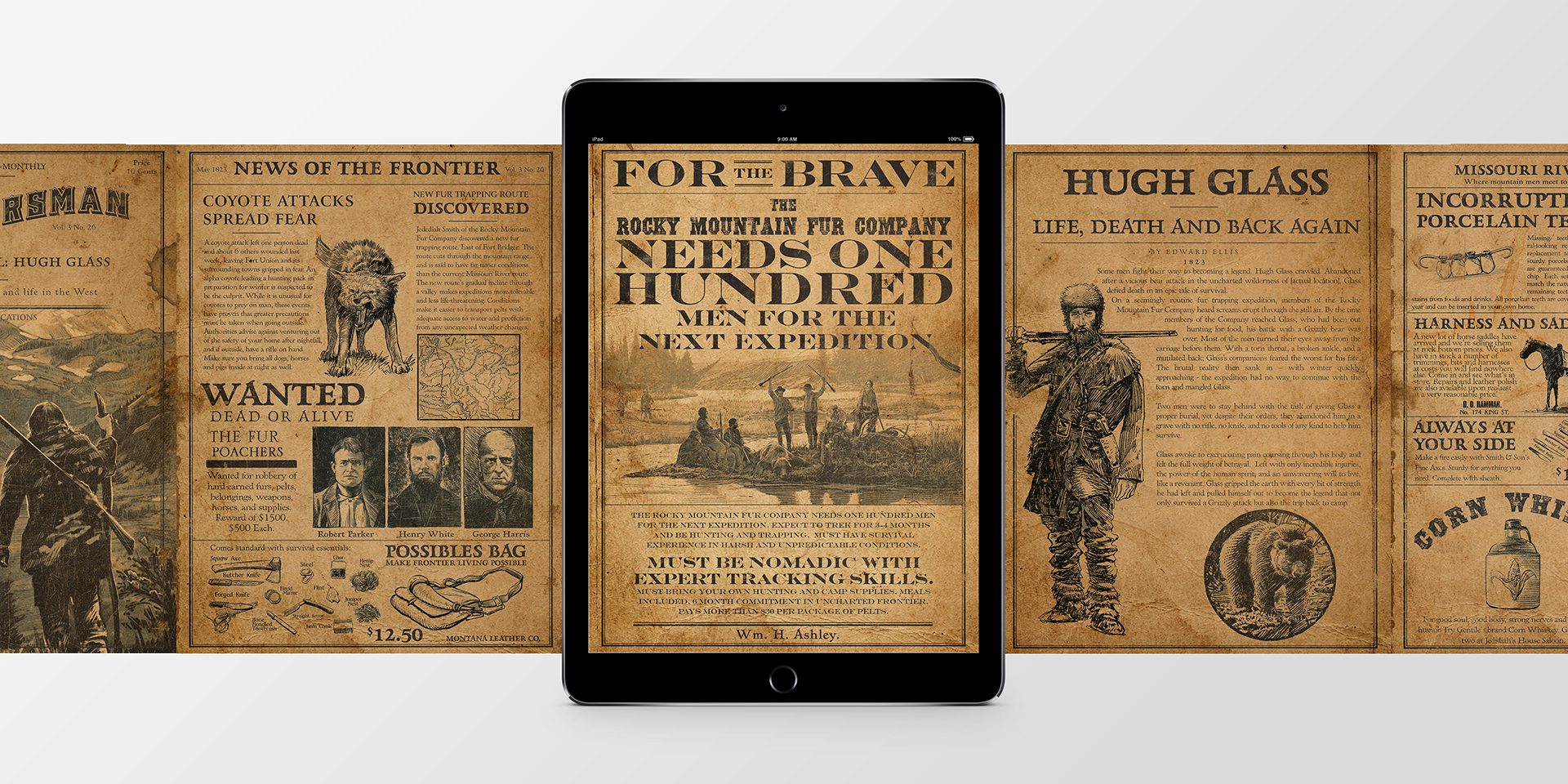 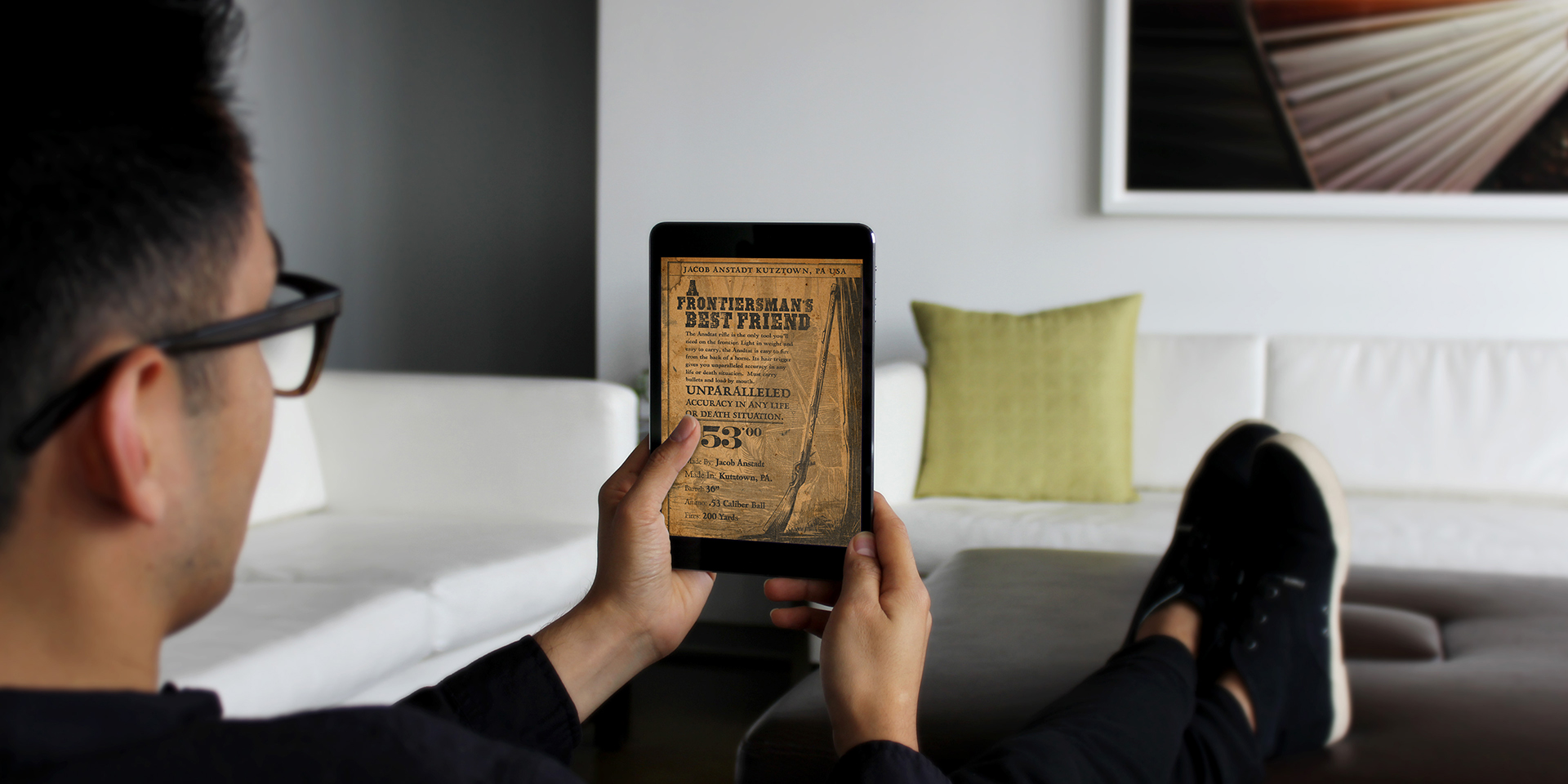 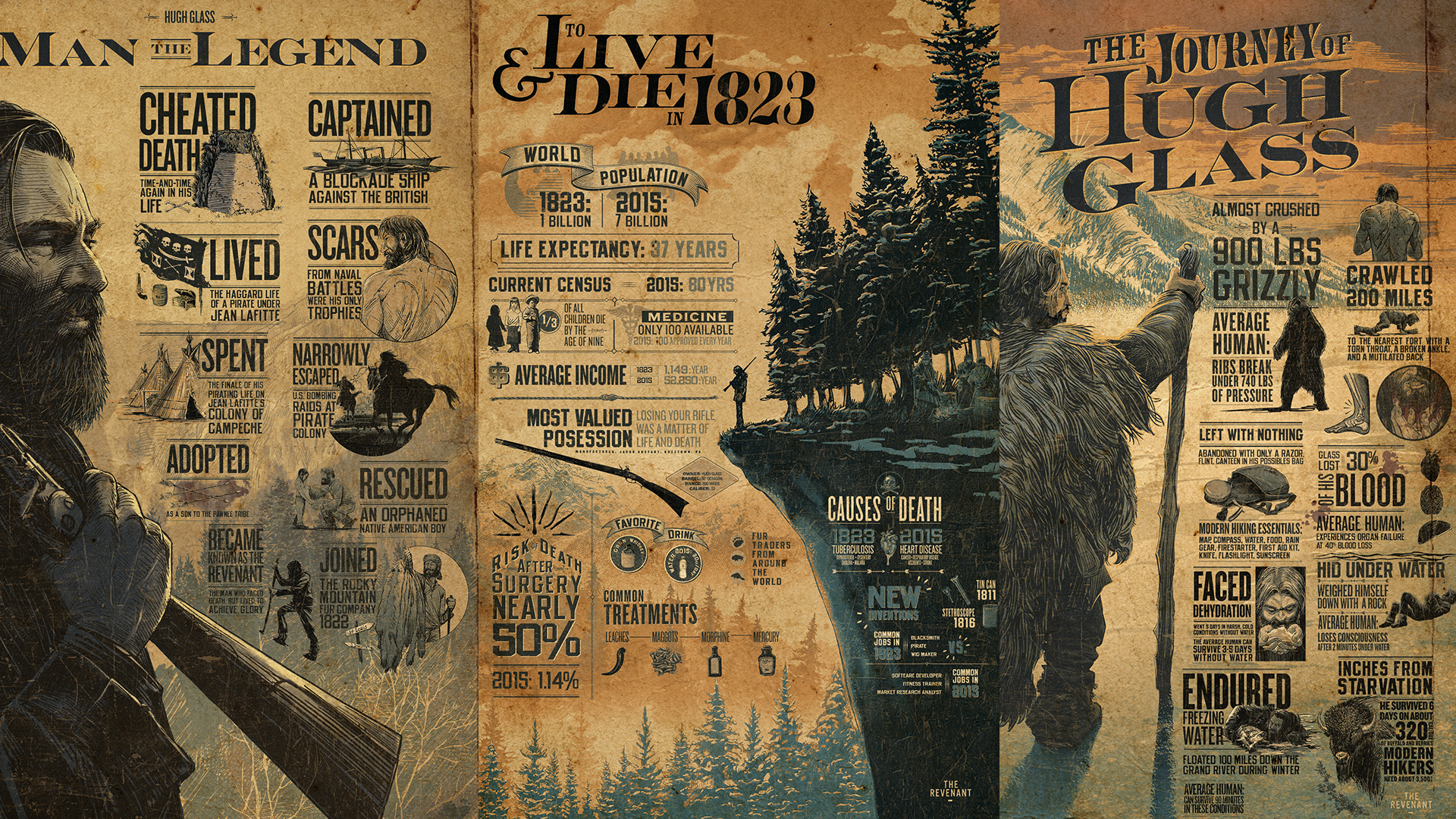 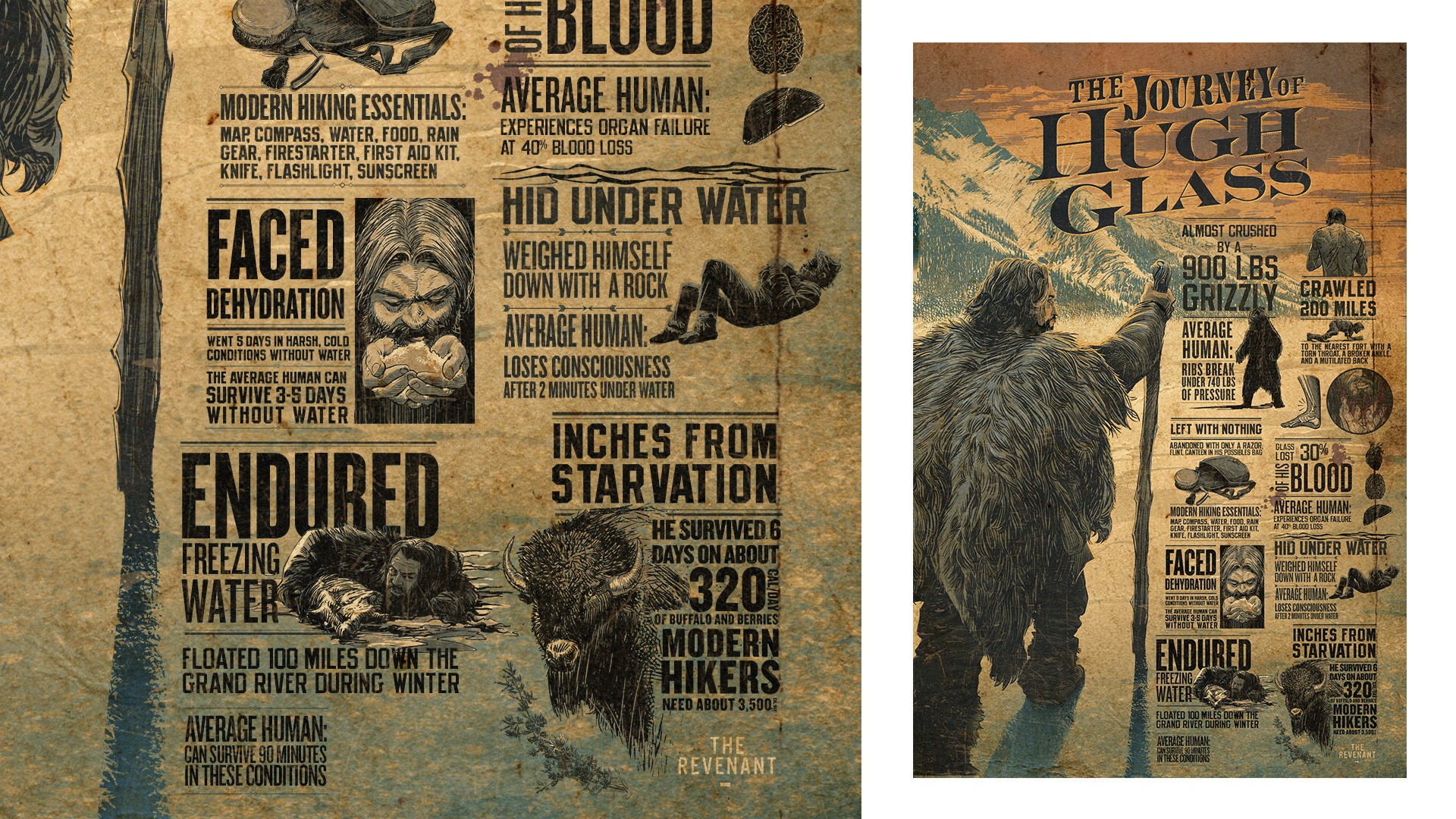 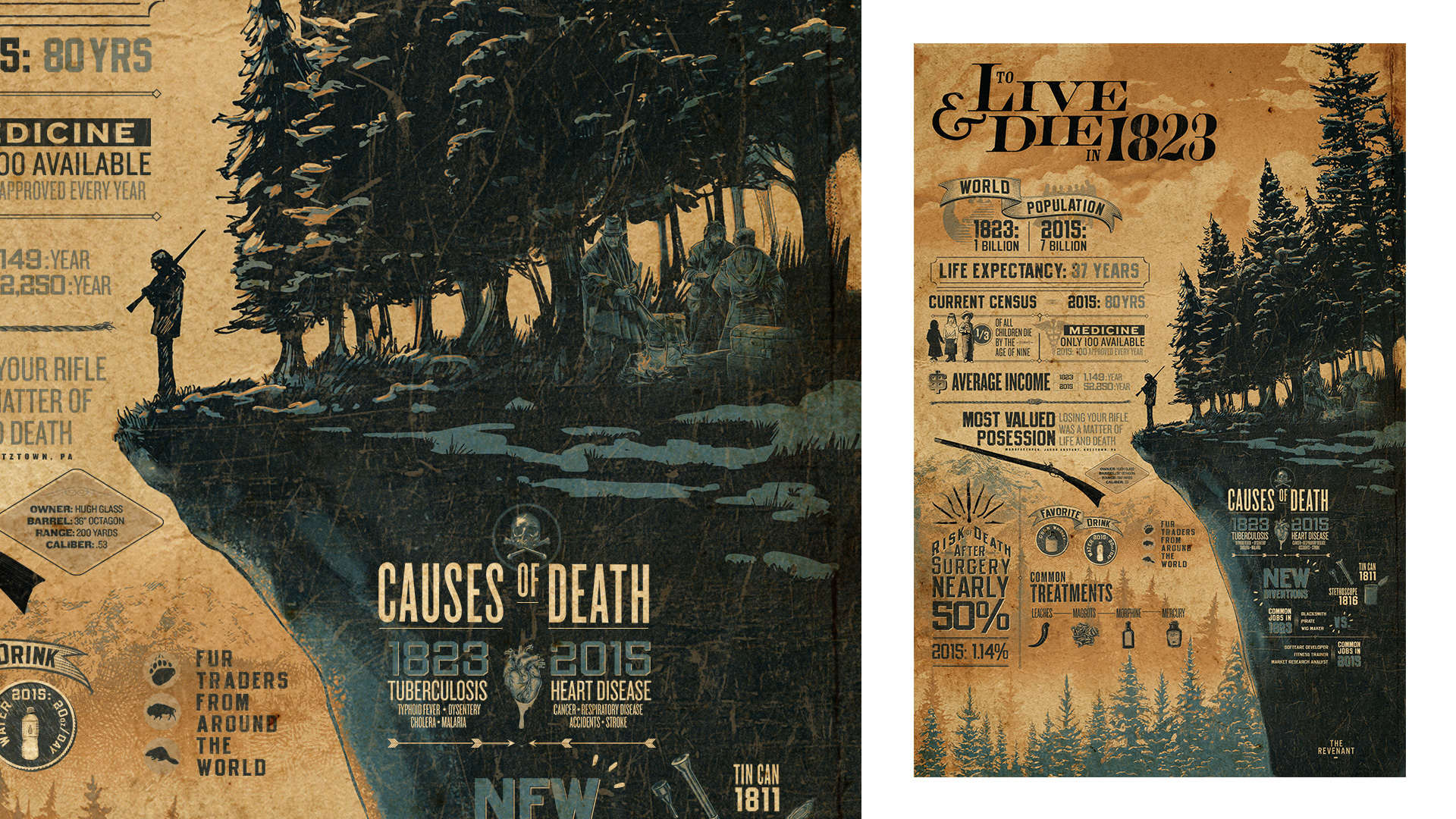 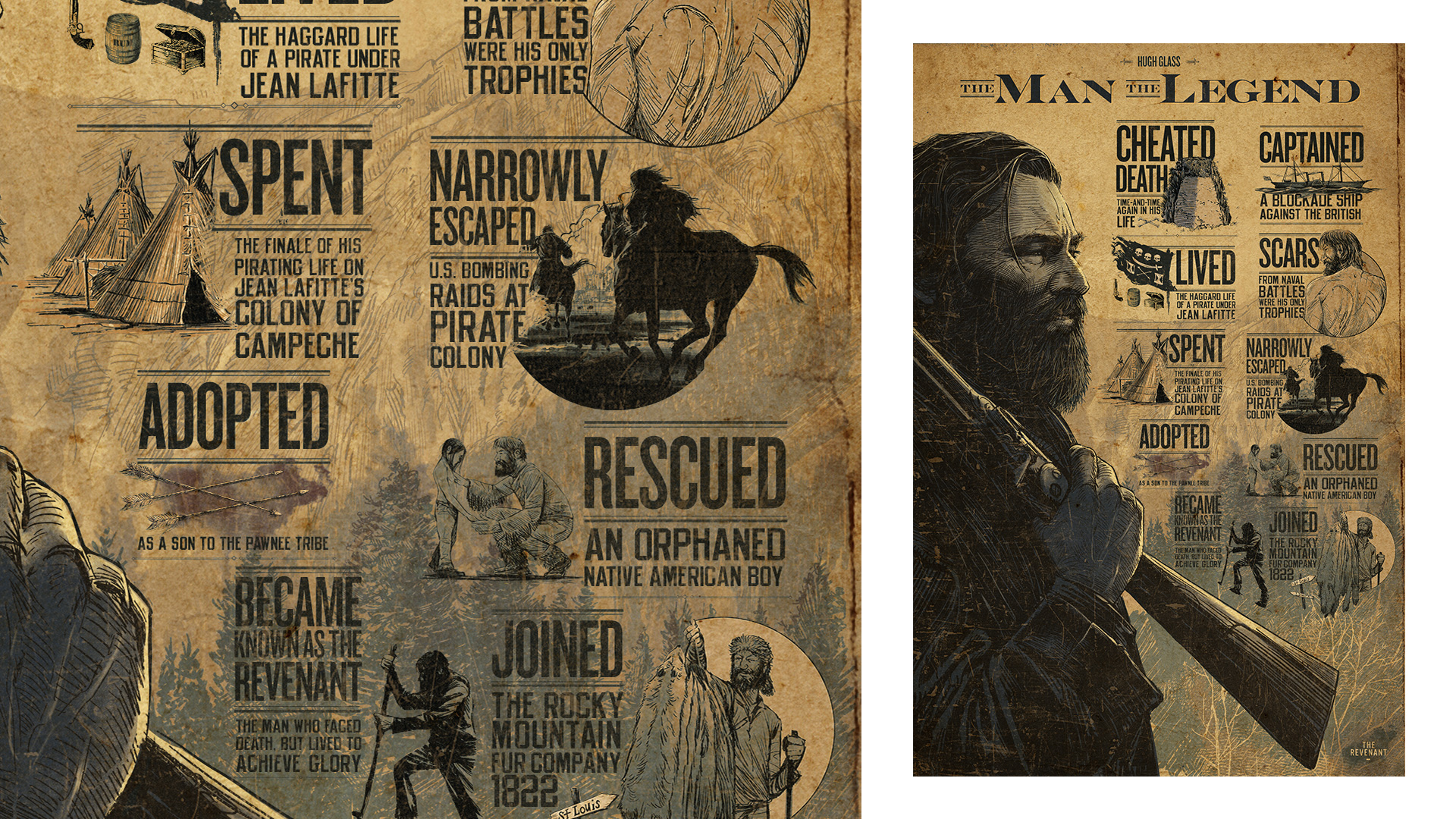 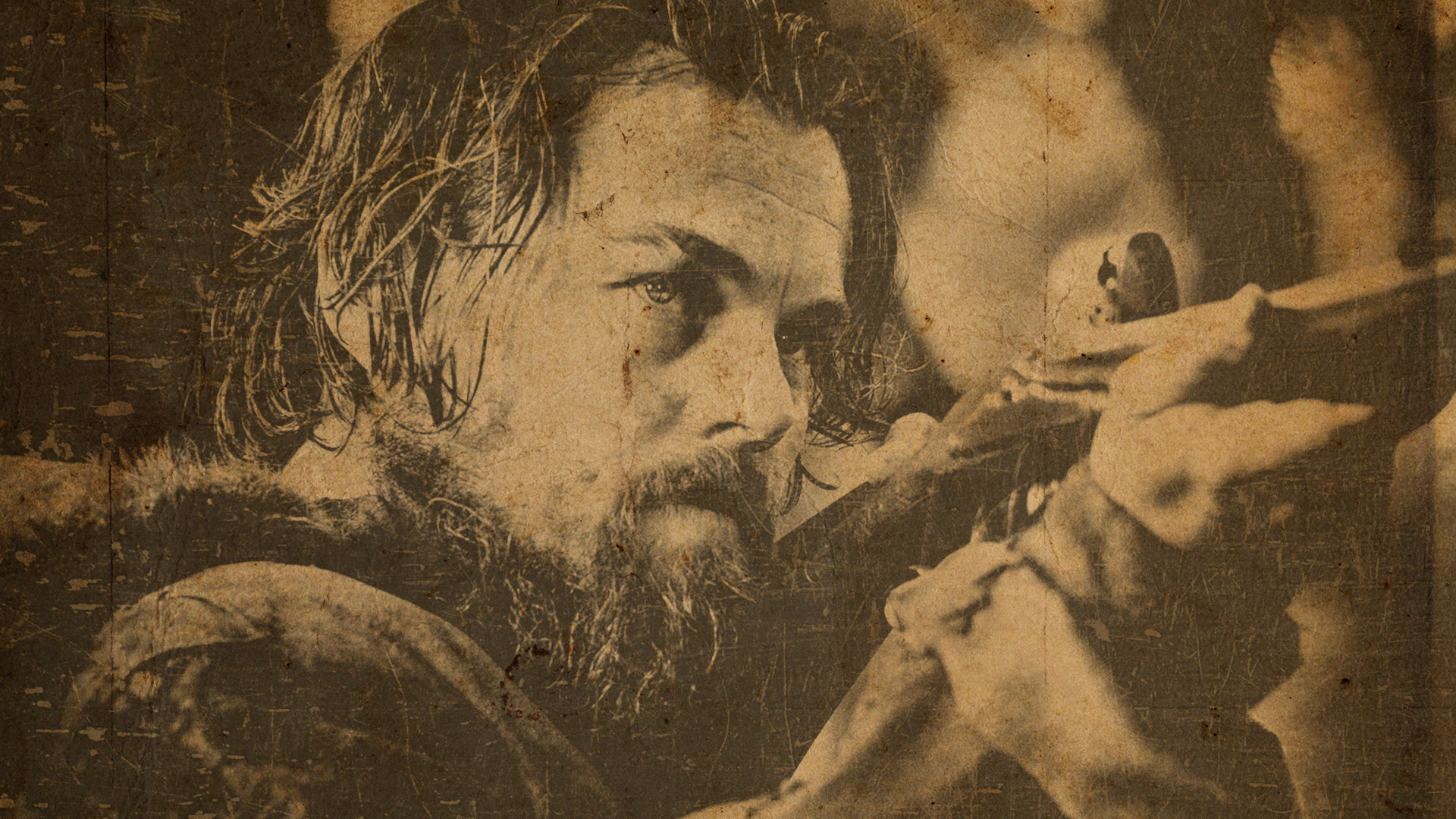